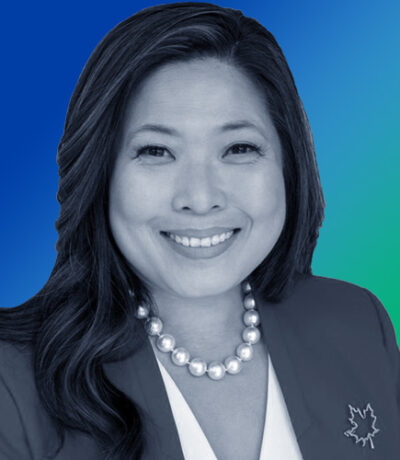 The Honourable Mary Ng was first elected as Member of Parliament for Markham-Thornhill in 2017. She has previously served as Minister of Small Business, Export Promotion and International Trade.

Minister Ng is a devoted community leader who has always believed in the power of public service. She has 20 years of experience in the areas of education, women’s leadership, job creation, and entrepreneurship.

Minister Ng immigrated to Canada from Hong Kong with her family, and grew up learning about the struggle and eventual success that many new immigrants experience in Canada.

Her years working for the Ontario Public Service, Ryerson University, and the Ontario Ministry of Education led to her being recognized as one of Canada’s top-performing public sector leaders. She later served as Director of Appointments for Prime Minister Justin Trudeau.