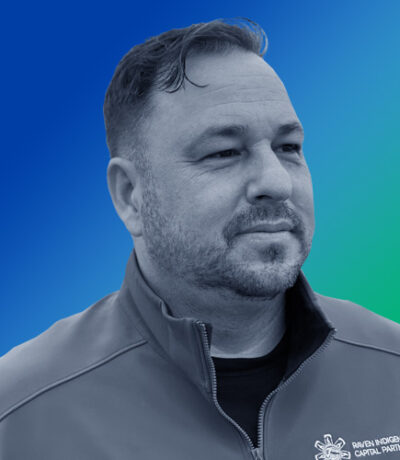 Jeff is Métis from the White Horse Plains area of Southern Manitoba, the traditional Buffalo Hunt staging grounds. For nearly 25 years, he has provided strategic leadership for Indigenous, not-for-profit, and government organizations. Recently, he was Vice-President of the Indigenous Innovation Initiative at Grand Challenges Canada, a sessional lecturer at Carleton University in Public Policy, and a guest lecturer at Oxford University in Social Finance.

Jeff has helped create and implement the community-driven outcomes contract (a unique pay-for-success social finance model) and the Indigenous Solutions Lab process, which earned him an Ashoka Fellowship in 2019.

Prior to establishing Raven Capital, Jeff was the Executive Director of the National Association of Friendship Centres (NAFC) and spent over a decade working in the Government of Canada in key leadership roles. He is the former Chair of the Institute Advisory Board for Indigenous Peoples’ Health at the Canadian Institutes of Health Research. A graduate of the University of Manitoba, He holds a Bachelor of Arts in Asian Languages and Politics and Masters of Arts (with distinction) in Political Studies/International Relations. He is currently on the Advisory Committee to royal Rhodes University Business School, the Finance and Investment Committee of the Indigenous Peoples Resiliency Fund. AS well as being Managing Partner at Raven Capital he is also the CEO of the Raven Indigenous Impact Foundation.

Jeff is a proud husband and father of five and currently lives and works on unceded Algonquin lands in what is now known as Ottawa, Ontario.